There has been a shared incident report from neighbors on Yorkdale.  There were two separate incidents from the same home owner.  On Wednesday a white male was beneath the house deck trying to enter the basement area.  The homeowners dogs alerted them to the intruder. The intruder ran away through the creek down Yorkdale towards the cul-de-sac.

Also last Sunday another intruder was confronted by the home owner while rummaging through items under the house deck.

Please ensure that all entry points to your home are secured as some people may be looking for opportunities.

It was reported today that on Wednesday the 22nd between the hours of 9AM and noon a home on the 2500 block of Yorkdale Court was burglarized.  Entrance was gained via an unlocked 2nd floor window using the homeowners ladder.  Jewelry and watches were taken along with a backpack allegedly for holding the items.

If any neighbors have any information regarding the burglary or witnessed anything on that day please reach out to your block captain or contact us here.

Reported by the Block Captain of 3000 Oxford Drive:

”This morning, very early and while still dark, I was sitting on my porch when I saw a person walking along Oxford Drive (3000 block) with no flashlight. He turned and started walking down my driveway. I immediately turned on my porch light and asked what was he doing.  He said he was looking for his dog then went back up the driveway onto Oxford towards Bexley, now with a head light turned on. I called 911; for those who have video cams, please check for unusual activity that may have occurred this morning.”

According to this weeks Community Crime Map it appears there was a reported burglary on the 3100 block of Stanford Dr.  According to the crime map the event was reported on July 2 at 9:55 PM.  At this time we don’t have any details on the event but wanted the neighborhood to be aware of the reported event.

A suspicious person wandered onto a homeowner’s property on Sunday morning at the end of Stanford Drive.  The time stamp according to the ring device that captured the video was 8:41 AM.  Although the person is suspicious it does not appear to be highly criminal. Since we take all such events seriously we are posting the video of the person caught on camera.  Hopefully this was just someone who made a mistake.

If anyone knows who this person may be please let us know.

Durham Police Asking for Information About Dog Theft DURHAM, N.C. – Durham police are trying to locate two stolen service dogs who were taken from 1518 Morning Glory Ave. on December 18, 2018. One of the dogs has a microchip. Photos of the dogs are below. Anyone with information is asked to call Investigator G.T. Novotny at (919) 560-4281, ext. 29121 or CrimeStoppers at (919) 683-1200. CrimeStoppers pays cash rewards for information leading to arrests in felony cases and callers never have to identify themselves. 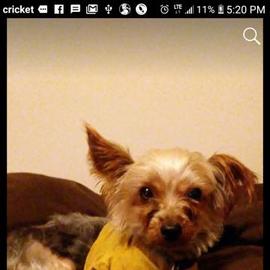 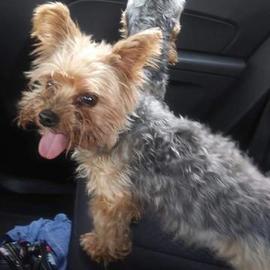 At approximately 9:30 PM, two dark males in a cherokee type vehicle, older model followed
a female who had disembarked from the bus on University Dr.

She confirmed that
they had been sitting in the parking lot of the Shell station and then followed
her down Dixon Rd.. She proceeded down Princeton Avenue, when one of the males
wearing a maroon jacket with a hoodie and black pants, at least 5’9” adult was
dropped off by the driver at the corner of Dixon Rd. and Princeton Avenue, he
robbed her at gun point at the 2700 block area. The driver immediately returned
and picked him up.

They drove down Dixon Road and proceeded north across
University Drive/751. Call 9-1-1 or the non- emergency number 919-560-4600, if
you witnessed any suspicious activity at our corner Shell station (University
Dr. and Dixon Rd.) recently or if you may have seen or see these individuals.
Should you see or know these men, DO NOT follow or approach – they are armed
and should be considered dangerous. Call 9-1-1.

Should you frequent the Shell
station at any time, especially if your walking at night – be aware of your surroundings
and alert for suspicious individuals and behaviors. Don’t be paranoid, just be
aware. Be Aware and Be Safe Police have been informed and notified.

District 3 Investigators obtained warrants on Phillip Brewer and Donald Brewer charging them with one count each of Felony Breaking and Entering, Larceny After the Breaking and Enter and injury to Personal Property for a Breaking and Entering that took place in the 1000 block of Chapel Hill Street. Phillip Wayne Brewer in in the Durham County Jail under a $10,000.00 secured bond. Donald Ray Brewer is still at large and should be considered dangerous. If you see him DO NOT attempt to apprehend this guy, just call 911 and tell us where you saw him and what he is wearing and we will take it from there.

Our vehicle break-ins are trending downward and suspicious vehicle and persons calls are coming in to us. Keep them coming! Thank you for securing your vehicles and taking care of your neighbors. However, we are still getting vehicle break in calls where loaded firearms are being stolen.

Alert: We are also trending citywide in Carjacking cases. So far, in the last two weeks we have had three. One incident in the 800 block of Burch Av, we had an incident in the 1800 block of Snowcrest Trail and one incident in the 5600 block of Woodbury Rd. In each case one or two black males approached the victims as they were getting out of their cars brandishing firearms and demanded the victims keys, money and cell phones. All of these crimes took place between the hours of 4:00pm and 11:30pm. Keep aware of your surroundings. If you don’t feel safe getting out of your car call us or call a friend and above all keep your vehicle locked while driving.

Call me or email me if you need me.

That’s all for now…

Until next time…stay safe.

Greetings neighbors.  We have had a report for the area of Oxford and Princeton that at midnight on the morning of September 21 an African American male rang a neighbors doorbell and was asking for money.  The male is described as young (possible 20s) and was wearing a white t-shirt and blue jeans.

The homeowner called 911 to report the incident and learned from the police that it was the second reported incident for the same male description.  Police did not find the person when the neighborhood was patrolled.

Please be aware of the incident and continue to call 911 if you or your home are also approached.

This is an update on the trends we are seeing in the district in regards to Motor Vehicle Thefts and Larcenies from Motor Vehicles.

We are seeing an increase in the number of vehicles that are reported stolen in which the vehicle was left running while the driver went into a business or residence.  Additionally we have reports of vehicles that had spare keys left in the car allowing for the theft.

Tip: Simply, if you have to run in to a business or residence turn off the car and take the keys with you.  Do not leave spare keys in vehicles.

Over the last month the vast majority of Larceny from Motor Vehicle cases were reported with no forced entry and items left in plain view.  There have been numerous inquiries on the ability of a criminal to utilize an electronic device to unlock vehicles.  In a few of our cases investigators have not been able to determine the method of entry as the complainants have been adamant that the vehicles were locked.  While district investigators have not physically come across such devices during the course of our investigations, it is possible, although not conclusive, that such devices may be in use in the district.   Investigators have seen several surveillance videos from incidents in which it appears that a suspect unlocks a vehicle while approaching it.  Again, investigators have not confirmed the usage of these devices.

These devices act like repeaters or range extenders for the signals.  While we do not have enough information on this technology, you can take a few simple steps that may be effective.

Tip: Store key fobs and keyless remotes as far away from the parked vehicle as practically possible.   In older vehicles you could remove the remote batteries and just use the key, in newer models this would be impractical with the advent of keyless ignition.  There are commercially available storage/lock boxes and bags that block radio signals.

Ultimately, we still stress for all to lock their vehicles and remove items from the interior of the vehicle that can be observed from the outside.